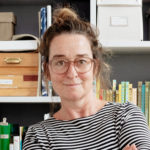 Franziska Biermann has been writing and drawing children’s books since 1999. For “Herr Fuchs mag Bücher” she was awarded the Troisdorf Picture Book Prize in 2002. The material has been the basis for various theatre adaptations at home and abroad.  With over half a million copies sold, the book is one of the most successful children’s books in Korea. So far, the book-eating fox has been translated into 14 languages.
Because Franziska Biermann loves foxes so much, she has been writing Jacky Marrone’s adventures since 2017, which are published by dtv junior. With this book she is nominated for the German Youth Literature Award 2019.  Franziska Biermann is a graduate of the Academy for Children’s Media 2013/14.

Nils Kacirek is a composer and musician. After his first musical releases as part of the band plexiq, he now composes music for numerous national and international, award-winning and award-winning films and television productions at Freudenhammer Studios in Hamburg. He also designs concepts for industrial sound applications in collaboration with the design studio Human Interface Design. Together with Dörte Benzner, he was nominated for the German Film Music Award in 2015 for his title track to the film “DeAD”. In 2010 he was awarded the Robert Geissendörfer Prize together with the author and radio play maker Paul Plamper for their joint radio play project “Der Assistent”. 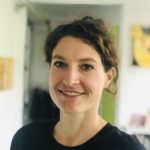 As a producer and director, Eva Fouquet has produced and supervised many documentaries and reports for public television and cinema. Her passion is for people with their personal stories and biographies.  To explain this also to children is her concern and not only since she is a mother herself.
As a director for ARD, ZDF, ARTE, WDR, etc., she has been able to immerse herself in many exciting worlds in recent years and talk about them in her films.
As production manager she was responsible for the feature film “Neo Rauch – Gefährten und Begleiter”.. 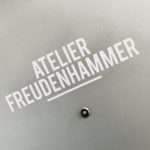 founded in 1999, is an association of independent creatives of different disciplines. In addition to illustration, storyboard, graphic design, animation and photography, there are also two sound studios for composition and audio post production.